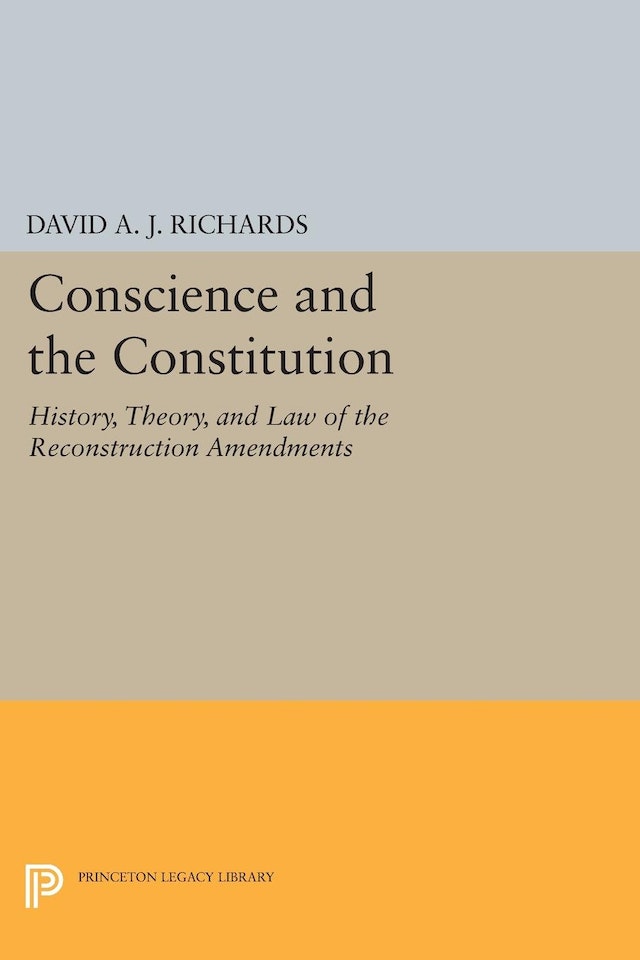 At stage center of the American drama, maintains David A. J. Richards, is the attempt to understand the implications of the Reconstruction Amendments — Amendments Thirteen, Fourteen, and Fifteen to the United States Constitution. Richards evaluates previous efforts to interpret the amendments and then proposes his own view: together the amendments embodied a self-conscious rebirth of America’s revolutionary, rights-based constitutionalism. Building on an approach to constitutional law developed in his Toleration and the Constitution and Foundations of American Constitutionalism, Richards links history, law, and political theory. In Conscience and the Constitution, this method leads from an analysis of the Reconstruction Amendments to a broad discussion of the American constitutional system as a whole.

Richards’s interpretation focuses on the abolitionists and their radical commitment to the “dissenting conscience.” In his view, the Reconstruction Amendments expressed not only the constitutional arguments of a particular historical period but also a general political theory developed by the abolitionists, who restructured the American political community in terms of respect for universal human rights. He argues further that the amendments make a claim on our generation to keep faith with the vision of the “founders of 1865.” In specific terms he points out what such allegiance would mean in the context of present-day constitutional issues.

"Richards offers an astute analysis of anti-slavery consitutionalism and a powerful argument for the relevance of that material to constitutional interpretation in general."—Mark Tushnet, Georgetown University

"This book leaves no icon unturned, no guru unscathed, no 'school' unappraised. Richards's arguments are those of a philosopher of law—a major one indeed—and his own interpretations are worthy of the most respectful consideration."—Harold M. Hyman, Rice University