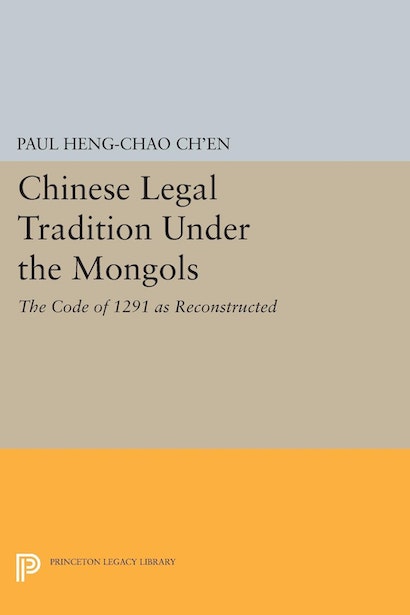 The evolution of China’s legal tradition was one of the most striking aspects of the transformation of Chinese civilization under Mongolian domination. Paul Ch’en’s exploration of the legal system of the Yuan dynasty (1271-1368) and its first substantial legal code (the Chih-yuan hsin-ko, or Chih-yiian New Code) provides a key to our understanding of the impact of the Mongols on traditional Chinese law and society.