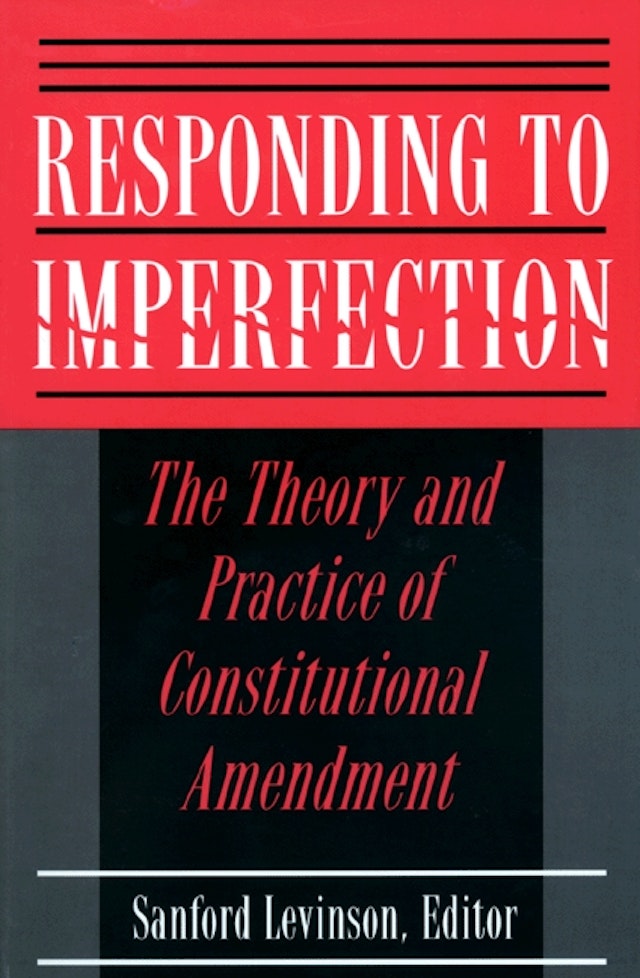 An increasing number of constitutional theorists, within both the legal academy and university departments of government, are focusing on the conceptual and political problems attached to the notion of constitutional amendment. Amendments are, among other things, recognitions of the imperfection of existing schemes of government. The relative ease or difficulty of amendment has significant implications for the ways that governments respond to problems that call either for new structures of governance or new powers for already established structures. This book brings together essays by leading legal authorities and political scientists on a range of questions from whether the U.S. Constitution is subject to amendment by procedures other than those authorized by Article V to how significant change is conceptualized within classical rabbinic Judaism. Though the essays are concerned for the most part with the American experience, other constitutional traditions are considered as well.

Sanford Levinson holds the St. John Garwood and W. St. John Garwood, Jr., Regents Chair in Law, University of Texas at Austin, with a joint appointment in the Department of Government there. He is also the author of Constitutional Faith (Princeton).

"[A] provocative collection of essays. . . . [A] superb volume."—The Law and Politics Book Review

"Sanford Levinson has assembled a sparkling collection of essays on the theory of constitutional amendment. Responding to Imperfection belongs in the library of every student of the Constitution.... [An] enthusiastic thumbs-up for this provocative collection of essays.... [A] superb volume."—The Law and Politics Book Review

"Constitutional scholars, teachers, and students will find this book an enormously useful resource. . . . It has all the virtues of a good collection—diversity and connectedness—and it is interesting and timely as well."—Jeremy Waldron, University of California, Berkeley

"Original and rigorous, this book is an important contribution to the fields of constitutional theory and jurisprudence, judicial politics, legal history, national and state constitutional law, and comparative law. Levinson has done a masterful job."—Ronald Kahn, Oberlin College

"Responding to Imperfection is a much-needed volume on the neglected topic of theories of constitutional amendment. . . . It is certain to become a standard reference work in constitutional theory."—Suzanna Sherry, University of Minnesota

"Sanford Levinson has given us a remarkable collection of penetrating essays on constitutional amendment by a real pleiad of first-rate legal scholars."—Walter Dean Burnham, The University of Texas at Austin