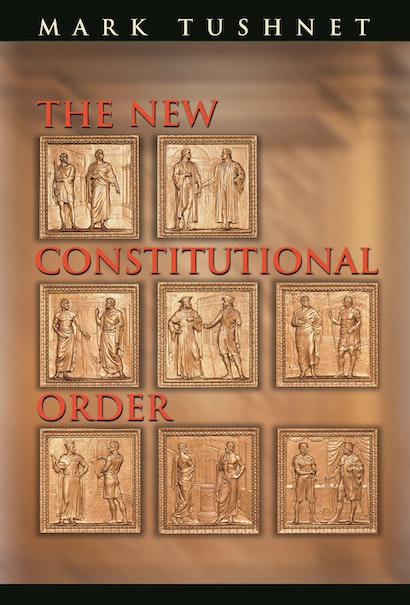 In his 1996 State of the Union Address, President Bill Clinton announced that the “age of big government is over.” Some Republicans accused him of cynically appropriating their themes, while many Democrats thought he was betraying the principles of the New Deal and the Great Society. Mark Tushnet argues that Clinton was stating an observed fact: the emergence of a new constitutional order in which the aspiration to achieve justice directly through law has been substantially chastened.


Tushnet examines the institutional arrangements that support the new constitutional order as well as Supreme Court decisions that reflect it. He also considers recent developments in constitutional scholarship, focusing on the idea of minimalism as appropriate to a regime with chastened ambitions. Tushnet discusses what we know so far about the impact of globalization on domestic constitutional law, particularly in the areas of international human rights and federalism. He concludes with predictions about the type of regulation we can expect from the new order.


This is a major new analysis of the constitutional arrangements in the United States. Though it will not be received without controversy, it offers real explanatory and predictive power and provides important insights to both legal theorists and political scientists.

Mark Tushnet is Carmack Waterhouse Professor of Constitutional Law at the Georgetown University Law Center. He is the author of Taking the Constitution Away from the Courts (Princeton) and was President of the Association of American Law Schools for 2003.

"This book will make its readers think."—Mark Kessler, Law and Politics Book Review

"The New Constitutional Order gracefully synthesizes political science literature with judicial doctrine. The book is ambitious and original. In it, Mark Tushnet combines insightful commentary on changes to the American political regime with subtle analysis of important judicial doctrines that have too often been neglected by leading constitutional theorists."—Christopher L. Eisgruber, Director, Program in Law and Public Affairs, Princeton University