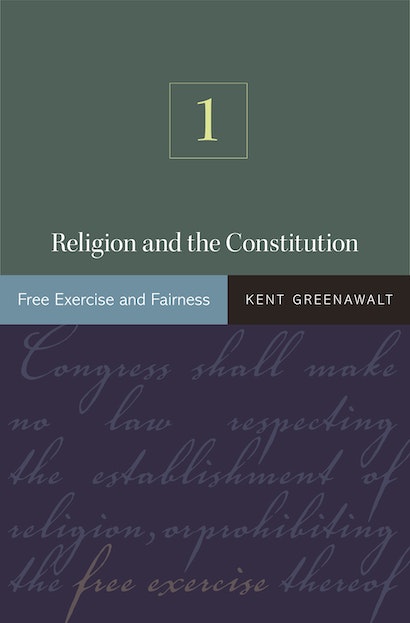 Balancing respect for religious conviction and the values of liberal democracy is a daunting challenge for judges and lawmakers, particularly when religious groups seek exemption from laws that govern others. Should members of religious sects be able to use peyote in worship? Should pacifists be forced to take part in military service when there is a draft, and should this depend on whether they are religious? How can the law address the refusal of parents to provide medical care to their children — or the refusal of doctors to perform abortions? Religion and the Constitution presents a new framework for addressing these and other controversial questions that involve competing demands of fairness, liberty, and constitutional validity.


In the first of two major volumes on the intersection of constitutional and religious issues in the United States, Kent Greenawalt focuses on one of the Constitution’s main clauses concerning religion: the Free Exercise Clause. Beginning with a brief account of the clause’s origin and a short history of the Supreme Court’s leading decisions about freedom of religion, he devotes a chapter to each of the main controversies encountered by judges and lawmakers. Sensitive to each case’s context in judging whether special treatment of religious claims is justified, Greenawalt argues that the state’s treatment of religion cannot be reduced to a single formula.


Calling throughout for religion to be taken more seriously as a force for meaning in people’s lives, Religion and the Constitution aims to accommodate the maximum expression of religious conviction that is consistent with a commitment to fairness and the public welfare.

Kent Greenawalt is University Professor at Columbia University, teaching in the law school, and a former Deputy Solicitor General of the United States. His books include Does God Belong in Public Schools? and Fighting Words (both Princeton), as well as Conflicts of Law and Morality and Religious Convictions and Political Choice.

"Kent Greenawalt is a masterful guide to the range of issues and varied sources concerning free exercise, and teachers and scholars of constitution law will find his book an invaluable resource on free exercise questions."—L. Joseph Hebert, Law and Politics Book Review

"Kent Greenawalt's latest masterwork . . . is written with elegance, power, and lucidity—and filled with the kind of wit, wisdom, and Wissenschaft that [his] readers have come to expect."—John Witte, Jr., Constitutional Commentary

"[A] comprehensive resource and guide to a wide range of free exercise issues and an incisive reminder of the challenges in interdisciplinary discourse."—Annika Thiem, Law, Culture and the Humanities

"Kent Greenawalt argues for taking religion more seriously as a source of meaning in people's lives and accommodating religious freedom to the maximum amount that is consistent with a commitment to fairness."—Law & Social Inquiry

"The book takes within its gaze an astonishingly rich set of cases, problems, contexts, and variations, reaching well beyond the narrow domain of judicially enforceable constitutional principle to questions of public policy and private behavior."—Larry Sager, University of Texas

"Kent Greenawalt is a national treasure. He combines an encyclopedic knowledge of the law with a subtle understanding of the human dimensions of each of the wide range of problems that arise with respect to free exercise rights. This will immediately become the best book in print on the problems presented by religious accommodation."—Andrew Koppelman, Northwestern University