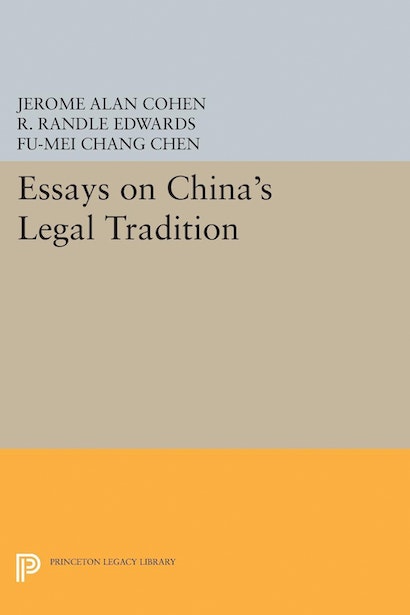 In this volume of essays a group of scholars from Europe, Japan, the Republic of China, and the United States examines China’s legal tradition to determine its importance for the study of both pre-modern China and of contemporary affairs.